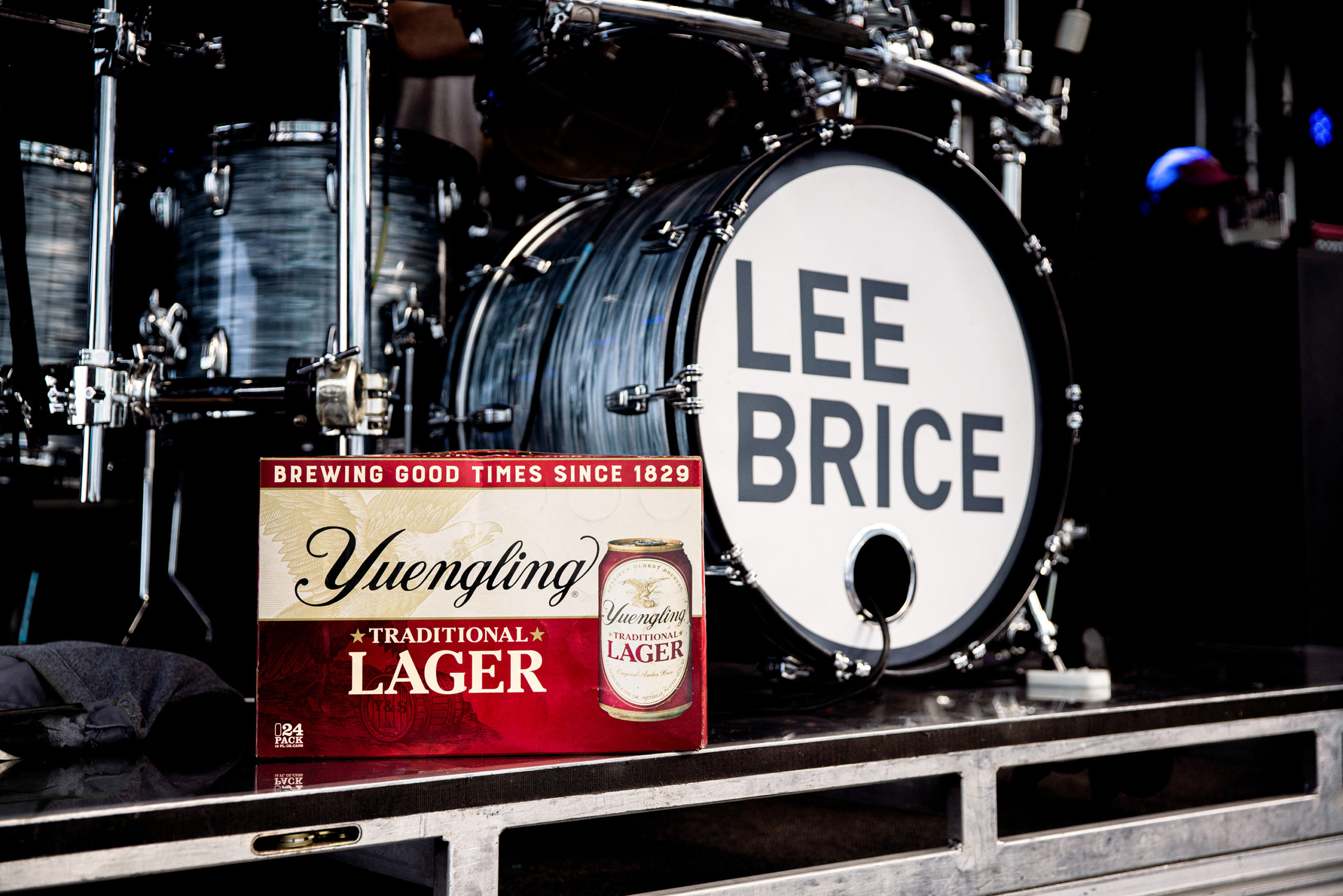 Lee will serve as an official Brand Ambassador for Yuengling Traditional Lager. The partnership with Lee includes a variety of elements including personal appearances and performances on behalf of the brand, fan meet & greets, special promotions to meet Lee, a chance to win custom Yuengling and Lee swag, social media sweepstakes and giveaways, in-store point of sale support, social media content and support of our nation’s military.

“I am thrilled to team up with a family-owned brewery and serve as a brand ambassador for their Stars & Stripes program,” said Lee. “Spending time with my family, supporting our troops and enjoying a nice, cold beer are three things I love in life, so you could say this is the best of three worlds.”

Together, Yuengling and Lee will support Team RWB through special cans and packaging, in-store point of sale support and many more fan-centric activations throughout 2021. Both Yuengling and Lee are historic avid supporters of the troops. Thus, this new partnership will serve to make a positive impact and show appreciation to our nation’s military.

“As America’s Oldest Brewery, we are thankful and proud of the brave and dedicated men and women who have made tremendous sacrifices to protect our country’s freedom, honor, and independence,” said Wendy Yuengling, Chief Administrative Officer and 6th generation family member, D.G. Yuengling & Son, Inc. “Lee’s commitment and devotion to our nation’s heroes embodies the patriotism of the Stars & Stripes program. Our partnership and the launch of our Stars & Stripes program demonstrates both our commitments to providing meaningful assistance for military members and their families during this challenging time.”

Yuengling plans to announce more exciting initiatives related to the Stars & Stripes program and its partnership with Lee throughout 2021, including his recently released hit song, “More Beer.” Follow Lee on Instagram (@LeeBrice) all year for exciting announcements and fan opportunities.

About Lee Brice
When Curb Records recording artist, Lee Brice, isn’t selling out arenas, writing and recording songs, or building new brands like American Born whiskey, you’ll find the family man with his wife Sara, two young boys, and daughter. Meanwhile, with 2.4 billion on-demand streams, and over 3.3 billion spins on Pandora, Brice continues to enjoy massive success at country radio, digital streaming services, and on the road. He recently reached #1 at Country Radio with “One of Them Girls,” which follows his #1 with Carly Pearce on “I Hope You’re Happy Now,” and his #1 just prior to that, “Rumor,” which was nominated in the category Single of The Year at the 55th Annual ACM Awards. One of the most-played country artists of all time on Pandora, he is a member of the company’s “Billionaires Club,” becoming only the second country artist behind Keith Urban to receive the Pandora Billionaire plaque. Lee is also a GRAMMY nominee, a CMA and ACM award winner, and he’s taken eight radio singles to Number One: “A Woman Like You,” “Hard to Love,” “I Drive Your Truck,” “I Don’t Dance,” “Drinking Class,” “Rumor,” “I Hope You’re Happy Now,” and “One of Them Girls.” Garth Brooks, Jason Aldean, Kenny Chesney and others have recorded his songs, and he’s performed on numerous TV shows, including NBC’s Today, ABC’s The Bachelor, NBC’s The Voice and FOX’s Miss USA 2018. Lee performed as part of the Library of Congress Gershwin Prize for Popular Song honoring Garth Brooks, aired on PBS March of 2020. At this year’s 54th Annual CMA Awards, Lee took home the prize for Musical Event of the Year for his song with Carly Pearce, “I Hope You’re Happy Now.” Lee’s new album, Hey World, is available now.

About CMS Nashville
​CMS Nashville is a 23 year old sports and entertainment marketing firm based in Nashville, TN that connects its brand clients with artists, labels and events. CMS’s long track record includes partnerships with MLB, NASCAR, NCAA, NFL, American Idol, along with major labels and artists in all genres of music. For more information visit: www.cmsnashville.com.