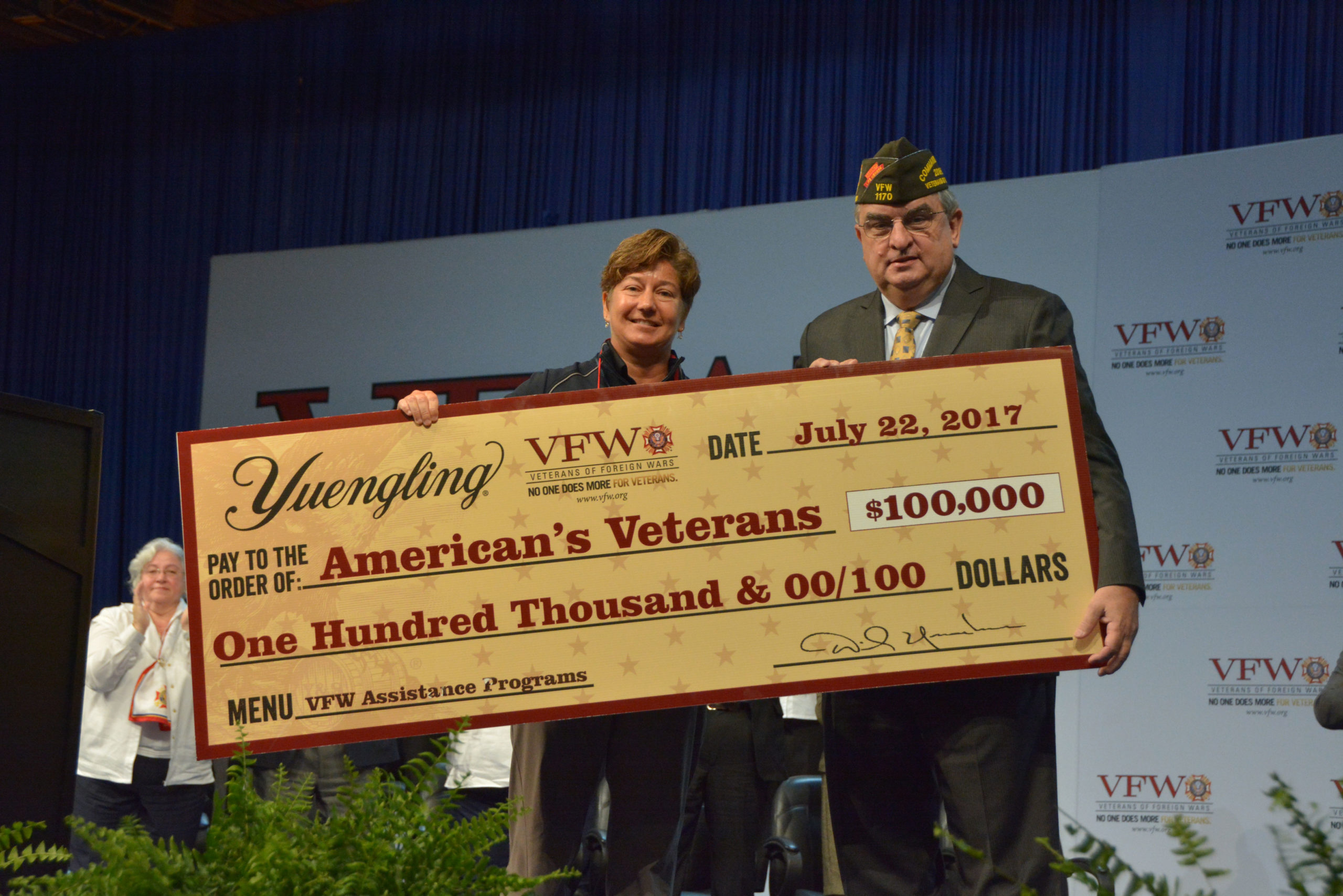 Pottsville, PA, July 24, 2017 – D.G. Yuengling & Son, Inc. recognized the sacrifices that America’s veterans have made at the 118th Veterans of Foreign Wars of the United States (VFW) National Convention in New Orleans, LA.

Jennifer Yuengling presented a donation to the VFW for $100,000. The donation supports veterans navigating claims of earned benefits such as education, relocation and medical benefits through their life.

“We are thankful and proud of the brave and dedicated service men and women who made tremendous sacrifices and represent our country’s freedom, honor and independence,” said Jennifer Yuengling, VP of Operations. “The VFW plays a vital role in supporting the many veteran and military assistance programs, which help countless veterans, service members and military family members each year.”

“We are extremely appreciative of Yuengling’s continued generosity and support. Together we will continue to ensure our nation’s service members, veterans and their families receive the assistance they’ve earned, and deserve,” said Brian Duffy, VFW National Commander.

Yuengling, presented the donation Monday during the convention. This is the second year the brewery has presented a donation at the convention. The military has always been a community, which Yuengling has a connection with and has supported on both corporate and local levels for many years. Focusing efforts on the VFW’s programs has allowed America’s Oldest Brewery to enhance that connection and make a positive impact on all veterans from the time of enlistment through separation.

The VFW offers scholarships, financial grants, employment assistance and many other services to veterans, service members and their families.