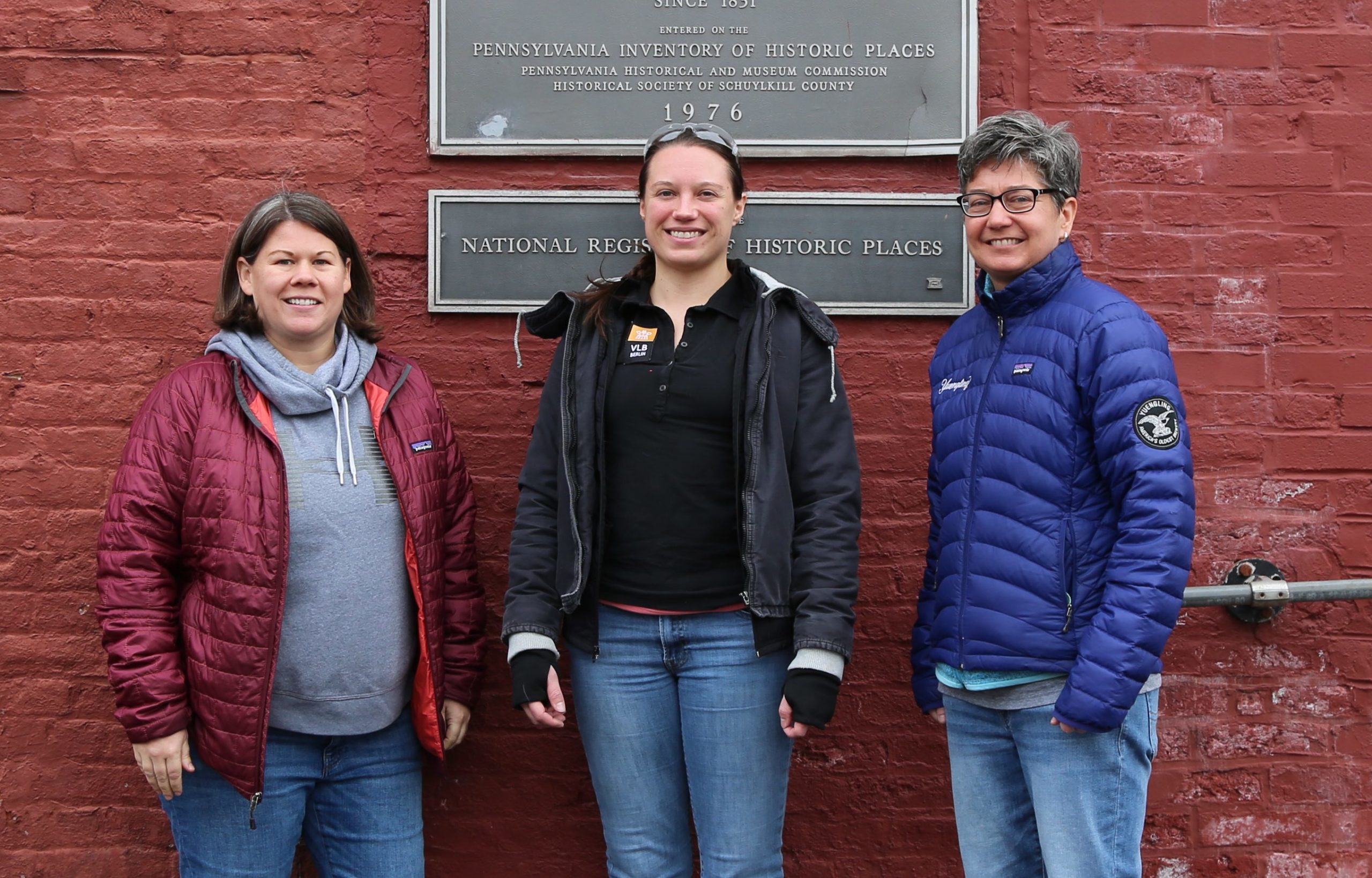 In September, we announced our first-ever Yuengling Women in Brewing Scholarship. In partnership with the Pink Boots Society, the scholarship was created to encourage women beer professionals to advance their careers through education. As part of Yuengling’s 6th generation, we recognize the importance that education can play in a brewer’s career. When I returned to Pottsville and joined the family business, I decided to pursue a diploma in brewing from the Siebel Institute of Technology, and it was one of the best decisions I could have made. That education, along with hands-on training throughout our brewery, allowed me to have a more successful career in the brewing industry with America’s Oldest Brewery.

That’s why we are thrilled to announce this year’s scholarship recipients, Irena Wise and Avery Hookey, who will be enrolling in brewing courses at Cornell University and University of the Sciences in Philadelphia, respectively. We took a moment to speak to Irena and Avery and wanted to share their story to inspire female brewers around the world.

Why did you want to get involved with Pink Boots? How has Pink Boots impacted your personal life or professional career?

IW: I got involved with Pink Boots Society seven years ago, when I first entered the brewing industry. Pink Boots gave me access to amazing examples of female brewers, support and encouragement as my career progressed. It has provided me with a continuous brewing community as I’ve worked and studied in different regions and even different countries.

AH: I was drawn to the Pink Boots Society because I wanted to become a part of a community of women that help lift each other up in a male-dominated industry. I also wanted a way to participate in the industry outside of going to work. An event that stands out in my mind as particularly inspirational is the Bold Women and Beer Fest, Philadelphia’s first annual women-centered craft beer festival, where I poured beer with other female brewers from my company. It was so empowering to work at a festival where almost every tent around me was ran by women.

What inspired you to apply for the Yuengling Women in Brewing Scholarship? How will the scholarship help you?

IW: I was inspired to apply for the Yuengling Women in Brewing Scholarship to get an education in management techniques. The scholarship will help me continue to succeed as I move up from day-to-day brewing operations into a Head Brewer position.

AH: I applied for the Yuengling Women in Brewing Scholarship because I wanted the opportunity to dive deep into the science behind what I do every day as a brewer. I’ve learned how to run a brewery through my work experience, and a formal education in brewing would help me explore the “why” behind the “how.” 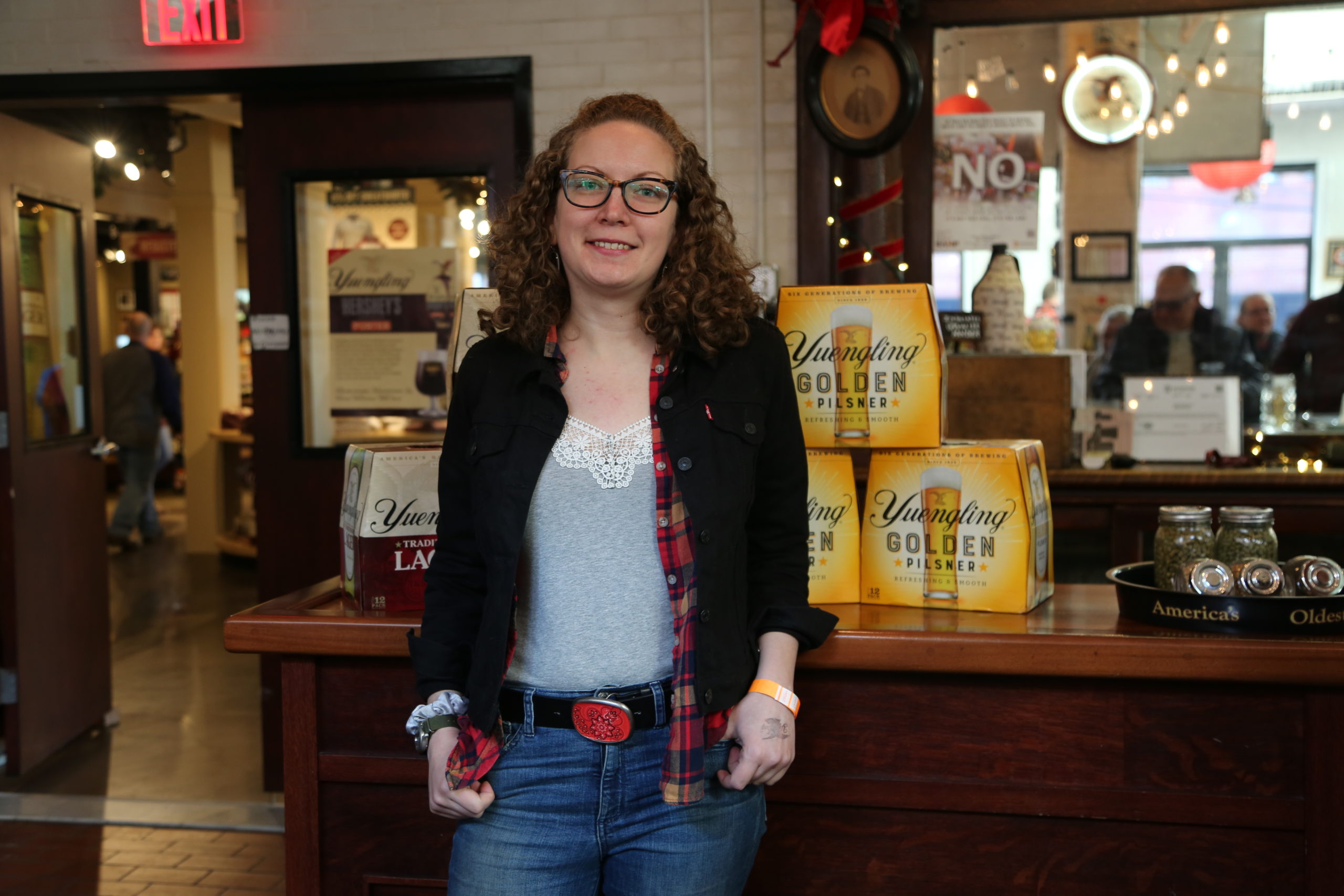 What is your ultimate career goal?

IW: My ultimate career goal is to provide independent guidance to breweries as they start up and expand. I’ve gained experience brewing and developing popular styles of beer, installing equipment and training staff. And, I’d like to continue applying that experience across the mid-Atlantic region.

AH: My career goals include becoming a Head Brewer and eventually opening my own brewery in the Philadelphia area. I’d love to partner up with an animal shelter where funds from the brewery could sustain saving animals. I’d also love to be a leader and business owner in the community that has given me so many opportunities, and in turn, create opportunities for others. Becoming an industry leader would enable me to set an example for other women and help the beer community realize a more diverse future.

What is your favorite thing about making beer? What keeps you interested in brewing and the beer industry?

IW: My favorite thing about making beer is making something that is greater than the sum of its parts! I stay interested in the beer industry because of the different avenues available to pursue, from artisan ales to international lagers.

AH: My favorite thing about brewing is seeing a beer through every step, from grain to glass. I’ve been very lucky as a brewer to begin my career in the hot side of the brewery and grow from there. Sharing beer that I’ve made with others is very fulfilling. What keeps me interested in brewing is how much there is to learn; what keeps me interested in the industry is seeing beer evolve as a craft, as well as the sense of creativity, humor and community that connects us.

What are your favorite types of beer to drink or brew?

IW: My favorite types of beer to drink and brew are clean, malt-forward styles. I prefer to produce Altbier, Märzen and American red ales in particular.

AH: My favorite styles of beer to brew are ESB and Pilsner. You can’t hide any mistakes in those styles. They’re also my favorite styles to drink, along with saisons and sours. I enjoy styles where the yeast expression is the star of the show. And, of course, I like a traditional West Coast-style IPA.

What do you most admire about Yuengling as a brewery?

IW: I admire Yuengling’s consistency and quality, along with its ubiquity in Pennsylvania. They produce the only beer I know with enough renown to be referred to as simply “lager” throughout the region!

AH: I have a lot of respect for the fact that Yuengling is still independently-owned. Their history as America’s Oldest Brewery is remarkable. And, I think it’s wonderful that the four daughters are leading the brewery and supporting other women brewers through initiatives like this scholarship. 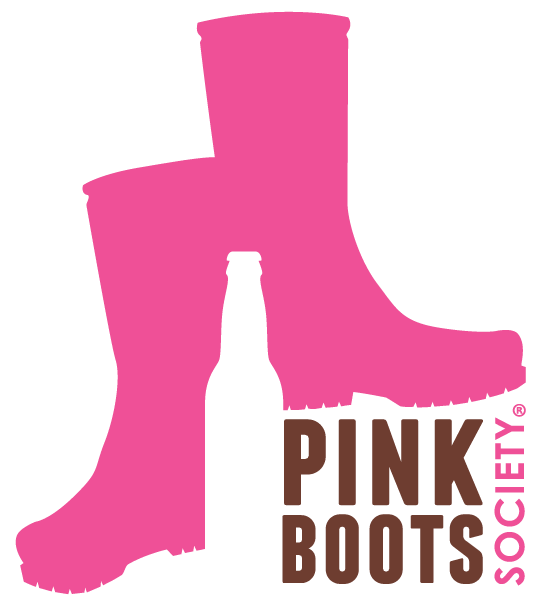